Experience You Can Count on

Our web site describes only some of the cases that the attorneys at Marks Balette Giessel & Young, P.L.L.C. have worked on in the past. In order to provide an understanding of the experience of our attorneys, results obtained prior to joining the firm are also included.

The firm’s unparalleled commitment and dedication to excellence has resulted in numerous verdicts and settlements. A few of these are: 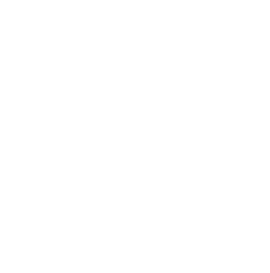 On August 3, 2009, the 2nd Judicial District Court of Cherokee County, Texas approved a record setting settlement totaling $23,215,206.57 for a 32 year old man who suffered paralysis when a defective air jack exploded while he was performing routine maintenance at the Styryker Creek Power Plant.

Ruth Waites, an 83 year old dependent diabetic, was admitted to the Borger Nursing Center in June of 1993. She died on 10/29/94 suffering from a Stage 4 decubitis ulcer. It was alleged the pressure sore was due to neglect in the nursing home. They further claimed intentional fraud caused widespread injury to other similarly situated residents.

On April 14, 2001, Marie Frances Larson, 77, was found hanged to death in a wheelchair lap restraint at Edgewater Care Center in Kerriville. Mrs. Larson’s daughter, Patricia Marie Schieber, sued Mariner Post-Acute Network, Inc. for negligence asserting that Mrs. Larson was placed in the restraint without consent or physician’s order and was not properly monitored. The plantif was awarded $6,000,000 in this case.

PLEADING AND DISCOVERY STRATEGIES IN THE NURSING HOME MALPRACTICE CASE1

1.01 -- Introduction  The most important decision made on a recurrent basis by the personal injury practitioner is the decision to accept a case and invest time, experience and money towards its resolution. The lawyer prone to accept a number of speculative or...

Accelerated Accountability  Why is this trend particularly relevant to the gerontological nurse? Nowhere are the factors that precipitated the emergence of legal responsibility and independent liability for the professional nurse more pronounced than in the discipline...

Dorothy Cooper was a child of the Great Depression, one of eight children who went to work in the West Texas cotton fields after their father lost his railroad job. Her schooling was sporadic, her life difficult. But Ms. Cooper was a survivor. "She viewed her life as...

Resident with violent history beat roommate’s face to a pulp

FACTS & ALLEGATIONS On Sunday, Sept. 28, 1997, plaintiff’s decedent Tranquilino Mendoza, then an 81-year-old dementia sufferer who resided in the general population of Comanche Trail Nursing Center in Big Spring was attacked by his roommate, Geronimo Vela,...

"Plaintiffs’ decedent Dud Grover Bailey, 90, resided at Electra Healthcare Center from February 1992 until his death on Oct. 14, 2000. While there, his diagnoses included organic brain syndrome, neurogenic bladder with suprapubic catheter after prostate-removal,...

"On Aug. 8, 2003, plaintiff Dan B. Lain became trustee of the assets of bankruptcy debtor Senior Living Properties LLC (SLP), a nursing home company. Lain’s duties included liquidating the assets and using the proceeds to satisfy claims against SLP, including claims...

"Ruth Waites, an 83 year old dependent diabetic, was admitted to the Borger Nursing Center in June of 1993. She died on 10/29/94 suffering from a Stage 4 decubitis ulcer. It was alleged the pressure sore was due to neglect in the nursing home. They further claimed...

Introduction:  Objective:  To educate those in the nursing profession and the allied health fields about conduct (relating to treatment and care of the geriatric patient) which constitutes a "red flag" to the legal profession; places health care professionals at risk;...

ZURICH (Dow Jones) - Switzerland-based insurer Zurich Financial Services AG (ZURN.VX) said Tuesday that it has reached a settlement regarding the bankruptcy of a U.S. nursing home chain Senior Living Properties. Under the agreement, Zurich will pay $47.5 million. The...

Settlements and verdicts in all cases depend on various factors and circumstances which are unique to each case. Therefore, past results in cases are not a guarantee or prediction of similar results in future cases which Marks Balette Giessel & Young may undertake.

Dorothy Cooper was a 62 year old nursing home resident who was repeatedly sexually assaulted by a nursing home employee.  She resided at Terrace West nursing home in Midland, Texas.  Because of a stroke and resulting paralysis she was wheelchair bound and dependent on staff for most of her needs.

Texas Health Enterprises, one of the largest operators of nursing homes in Texas, operated Terrace West nursing home.  Its employee, Johnny Gordon, was a powerful, 6’2″, 200 lb male nurse aide with an extensive criminal history, having served time in the penitentiary for burglary and forgery.  Mr. Gordon also had a history of physically abusing helpless nursing home residents.  Approximately a year before being hired at Terrace West nursing home, he had been terminated from New Horizons nursing home for repeatedly abusing a helpless, wheelchair bound resident.  Terrace West and New Horizons were both owned by Texas Health Enterprises.

Notwithstanding that its personnel director repeatedly recommended that it do so, Texas Health Enterprises kept no list of former employees who were ineligible for rehire due to abuse of a resident.  He estimated that approximately three times a month, residents in Texas Health’s facilities were harmed by employees who had been rehired after having been previously fired for abuse and neglect of residents.  Despite the known danger this practice created, the company refused to implement a registry system, citing expense as the reason.  Interestingly, the company maintained a “worker’s compensation abuse registry” which had to be checked to determine if a job applicant had filed any medical claims against the company for on-the-job injuries.

As a consequence of Texas Health’s refusal to implement a system to prevent employment of job applicants who had been previously fired, Johnny Gordon was rehired at Terrace West.  He was given unrestricted access to female residents, including Dorothy Cooper.  As a nurse aide, Gordon’s job duties included cleaning and bathing female residents, usually without the presence of a female employee.  Over a three month period, he repeatedly sexually assaulted Dorothy Cooper.  In order to hide his predatory conduct, Gordon threatened to kill Ms. Cooper if she ever revealed his ongoing assaults.

Sadly, sexual assaults in nursing homes occur more often than people realize.  The emotional scars that Dorothy Cooper carried with her until her death are testament to the need for more stringent hiring practices by the nursing home industry.  Her story demonstrates the unwillingness of the industry to bear any responsibility for hiring practices beyond the minimum requirements imposed by the State of Texas.  Dorothy Cooper and other nursing home residents like her need to be protected from predators that victimize vulnerable residents.

As part of the settlement of the lawsuit brought on Dorothy Cooper’s behalf, The Marks Firm required Texas Health Enterprises to implement a system to ensure that unfit and dangerous individuals are denied access to defenseless nursing home residents.  The system was appropriately named the “Dorothy System.”

Dorothy Cooper was a victim of the man who violated her and a victim of an industry that failed to protect her.  We hope that through the required implementation of the “Dorothy System”, the tragedy that occurred in Midland Texas will never occur again.

In an effort to extend the protections of the “Dorothy System” to all nursing home residents in the state of Texas, Marks Balette Giessel & Young worked closely with the Human Services Committee of the Texas House of Representatives, 76th Legislative Session in helping author House Bill 3386.  The bill was an outgrowth of Dorothy Cooper’s tragedy.  Marks Ballette Giessel & Young assisted in drafting legislation to correct a problem in the regulatory system that contributed to the victimization of Dorothy Cooper.

Under House Bill 3386, the Department of Human Services will be required to check criminal histories by name and by social security number.  In addition, the Department of Human Services will maintain a registry of all known abusers of nursing home residents.  A separate registry of patient abusers has been proposed which maintains abuse and neglect histories for all health providers.  House Bill 3386 also requires that all criminal history checks be submitted in type written form to avoid any legibility questions and typographical errors.

During the 75th Legislative session, our firm was actively involved in the passage of House Bill 413 and Senate Bill 190.  The bills were sponsored by State Representative Harvey Hilderbran, District 53, during the 75th Legislative session.  Prior to the passage of these bills, there was controversy within the judiciary regarding the admissibility of the results of nursing home investigations and surveys conducted by the Texas Department of Human Services.  Lawyers for injured residents sought to admit the results of these investigations, along with the surveys, to show the nursing home’s knowledge of dangerous conditions identified by the State in its reports.  These bills clarified the intent of the legislature to allow the results of the investigations and surveys into evidence. They also clarified the obligation of nursing homes to comply with state regulations governing the facilities.

David Marks, our firm’s founder, has been involved in legislative efforts to correct inadequate enforcement of nursing home standards by federal and state regulators for more than 20 years.  In February 1983, he first appeared before the Senate Special Committee on Aging to testify about widespread neglect, abuse and preventable deaths in nursing homes.  He also served as a member of the National Academy of Science, Institute of Medicine, Subcommittee on Nursing Home Regulation and Enforcement.

At Marks Balette Giessel & Young, our concern for public health and safety and the protection of  the most  vulnerable members of our society means being actively involved in the arenas that shape law and public policy.

Our Lawyers Teach Other Lawyers

In addition to teaching lawyers and law students, our attorneys are frequently invited to teach nurses, physicians and other health professionals about the importance of complying with professional and regulatory standards designed to protect patients.  We believe it is important to share our litigation experiences with attorneys, regulators and health care providers in an effort to improve public safety and prevent neglect and abuse of patients in hospitals and nursing homes.

Elma Holder, the founding director of The National Citizen’s Coalition for Nursing Home Reform, has been recognized for her work as an advocate for nursing home residents.  Her motto has been protecting and empowering consumers who need long-term care not only saves the ones we love, but eventually…ourselves”.  Ms. Holder’s role has been instrumental in effectuating more stringent standards for the past three decades.

For more information on The National Citizen’s Coalition for Nursing Home Reform, please click the image.